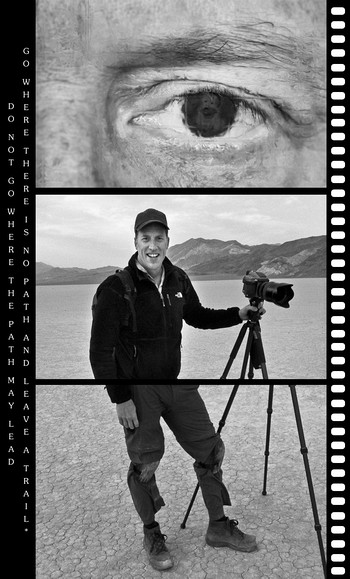 
A professor once sat me down and said “George, your problem is you can’t decide between Ludwig and Raul.” I asked, “who?” He replied “Ludwig, your left brain, and Raul, your right brain.” I’m guessing I got that lecture back in the early 1980s. When I later looked them up, I encountered a famous chess match between Ernst Ludwig Klein versus Jose Raul Capablanca. Ludwig was the British-Austrian born player known for his highly calculating maneuvers, while Jose Raul Capablanca was a Cuban born player known for his simple style of play, of which he was often termed the Human Chess Machine. After a bit more research, I ran across a German theoretical physicist, named Ludwig, who originated quantum theory, which won him the Nobel Prize in Physics in 1918. And the Rauls with artistic backgrounds seemed to go on indefinitely, such as Publio Amable Raul Martinez Gonzalez, a famous Cuban painter, designer, photographer, muralist and graphic artist. So, by now, if you are wondering who I am…I am sometimes Ludwig, and sometimes, I’m Raul.

In the early days ( we are talking early 1970s), my Raul and Ludwig both had an interest in producing imagery (in still and motion), which has followed us (aka “me”) through my various and many careers and residencies around the country. At the ripe old age of ten, I begged for (and got) a super-8mm movie camera for my birthday, soon to be followed by my first 35mm Minolta film camera. With these items in tow, my passion for pictures took off. Raul and Ludwig’s feet would quickly follow.

Having a hunger for all things imagined and in imagery, Raul would venture out, during college summer breaks, to study film at the University of Southern California and New York University. This was during the time while Ludwig was at North Carolina State University obtaining a BA degree in economics and another BA degree in business management. During that time, Raul elected to study architecture for two years there as well. But it was at the American Film Institute in 1996 where Raul would complete an MFA in film, because he had gotten relatively bored putting up with Ludwig who now just completed an MBA at the University of North Carolina in 1993. Following that school work, Raul decided it was time to retire Ludwig’s North Carolina Real Estate Broker’s license and work for nothing as a production assistant on various productions at all hours of the day and night. When the coffee finally ran out to keep Raul awake, Ludwig knew it was time for something more sedate…so Ludwig thought, let’s do computer classes at the University of California in Los Angeles. Raul accepted this on the condition that he was able to write a few screenplays during this time. But as the screenplays soon gathered dust, and the computer classes became just a bit boring, Raul decided to jump at the newest opportunity to produce a live telecast and replay it around the country of the West Hollywood Pride Parade back in…oh, must have been 1998 or so. Well, while we sold a few advertisements, it didn’t take long to see my career was taking another direction. The documentary Raul had earlier jointly produced in Watts, South Central Los Angeles, wasn’t paying the utility bills and while the thesis film project was enjoying its 40th film festival run, there just weren’t any funds coming from it to pay the bills. So, while Raul was feeling a little down, Ludwig dusted off the computer and decided to explore its capabilities a bit further.

In 2006, that computer playtime had grown into a business with employees and an offer from a publicly traded company on the NASDAQ to buy out Ludwig’s company. Both, Raul and Ludwig (aka “I”), had since departed Los Angeles, where both lived for six years, and now were residing in Seattle. Due to the never ending disputes, Raul and Ludwig finally engaged a life coach during this time, and both agreed that Raul had been given the short shoulder for some time now. After all, Ludwig had had a great run, and this was an opportunity to let Raul catch up. So, we took the E ticket ride and sold Playstream, just in time to cash out right before the stock market would crash in 2008. Now where does one put all that money after just cashing out? Well, the stock market seemed to be ideal at the time, as well as some real estate. Truthfully, it would have been much worse had I not cashed out, and the crisis gave Ludwig a chance to show his feathers when it was time to join the Market Technicians Association and start earning a certificate in stock market technical analyses.

But Raul is wanting to show his feathers, and after Ludwig exhausted himself after taking his first exam (and passing it), Raul was able to march forward once again and get Ludwig to finally realize it wasn’t where the focus needed to be. For awhile, following the sale of Playstream, Raul and Ludwig fought bitterly, but finally were able to call a truce and decided to split their lives between Seattle and New York City. After three years of racking up lots of frequent flyer miles and always remembering that one thing you needed was left at the other residence, Raul finally convinced Ludwig of the need to simplify life and settle down in one place. And thus, New York City it was, though after moving five times in Manhattan in five years, I think Ludwig has finally convinced Raul to accept the reality of limitations in Manhattan accommodations.

Today, after realizing divorce is not an option, Ludwig and Raul are working together better. By combining the emerging digital technologies with artistic re-interpretation, the research for travel with the passion for exploration, and an appreciation of wildlife with a message of purpose; Raul and Ludwig seem to finally be collaborating better together.

* The quote in the image is from Ralph Waldo Emerson