Home»Photographs»Exhibitions»2013»Oct-Museum of City of New York

The City Museum issued an open call for photographs in January, 2013 and the timeframe for submissions was extended through the end of July to gather images of longer-term recovery efforts. After poring over some 10,000 images, the final selections were made by a jury comprised of Sean Corcoran, Curator of Prints and Photographs for the Museum of the City of New York; Stella Kramer, Pulitzer-Prize-winning photography editor, curator and creative consultant; and Kristen Lubben, Curator for the International Center of Photography. 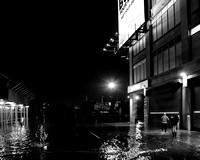