Wolves form strong social bonds, traveling and hunting in packs. They naturally feed on large animals (moose, caribou, deer, elk, wild boar, etc.) but will also feed on smaller prey, livestock, and garbage. They play a key role in the ecosystem, helping to keep deer and elk populations in check, which benefits many plant and other animal species. The carcasses of their prey also provide food for scavenging wildlife. 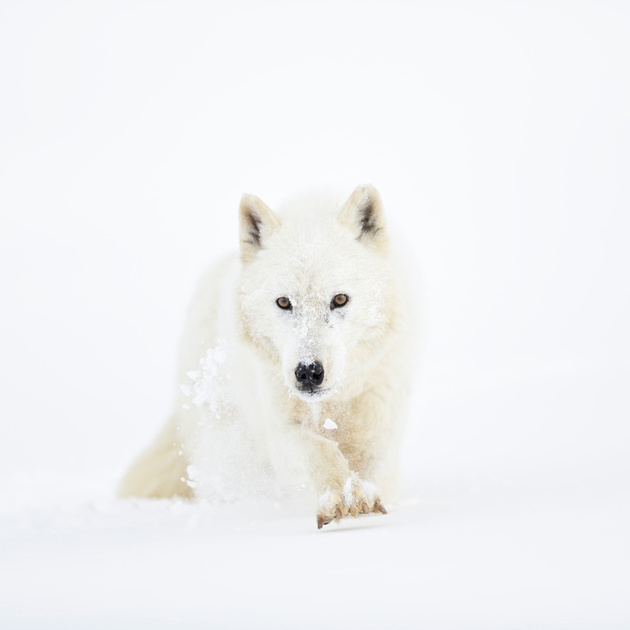 The images displayed in this collection highlight the Gray Wolf, its subspecies’, Arctic Wolf, and the Critically Endangered Red Wolf. The wolves in this collection were not photographed in the wild, but in preserves. Multiple facilities exist throughout the U.S. and Canada for safeguarding the genetic integrity of the species, to provide additional animals for reintroduction back into the wild, or for educational purposes. I had the opportunity to visit and photograph in a few preserves, including the nearby Wolf Conservation Center of New York and Lakota Wolf Preserve, Inc., of New Jersey.

Threats to the Wolves include hybridization with Coyotes, human induced mortality (vehicles, gunshot, poisoning), disease, malnutrition, and parasites. While fear of these canids are pervasive, the majority of such attacks are attributed to animals suffering from rabies. Non-rabid wolf attacks are considered rare. 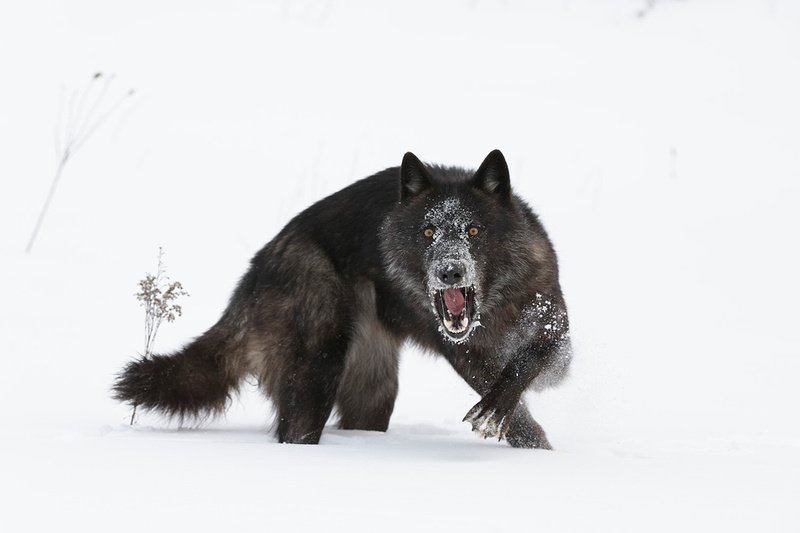 The Growl of the Black Wolf

The Red Wolf (Canis rufus) is still listed as Critically Endangered by the International Union for the Conservation of Nature’s (IUCN) Red List. By 1980, it was considered extinct in the wild, but has been successfully reintroduced by the U.S. Fish and Wildlife Service and about 150 of them now roam in the wild in eastern North Carolina.

The Gray Wolf (Canis lupus), also known as the Timber Wolf or Western Wolf, is considered stable, with a Least Concern rating from the IUCN’s Red List. However, for its survival, the Gray wolf has also relied on legal protection, fostered natural recolonization and reintroduction. The Gray Wolf is native to Eurasia and North America and its subspecies’, the Arctic Wolf (Canis lupus arctos), is native to the Canadian Arctic. The Gray Wolf specie was once the World’s most widely distributed mammal, but has now become extinct in many of its native places. The estimated numbers in North America are approx. 7,000 to 11,000 in Alaska, 3,700 in the Great Lakes Region, and 1,675 in the Northern Rockies. 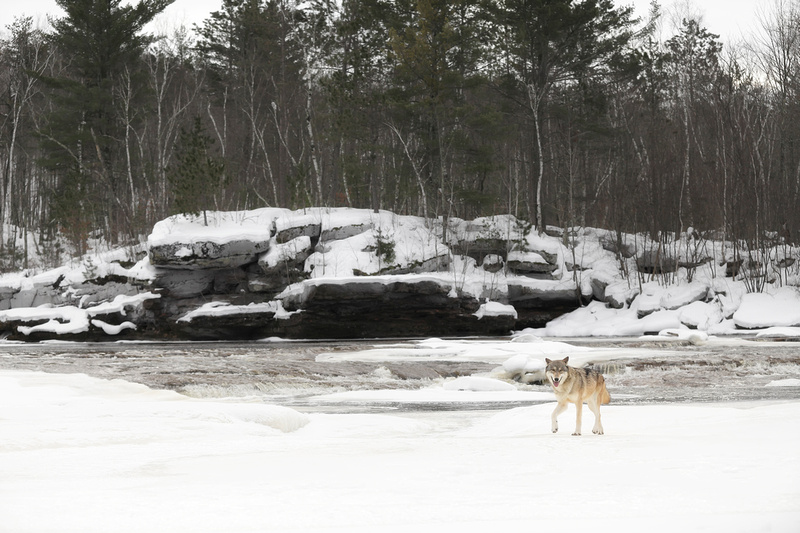 The Wolf by the River

The idea to present this collection of images at The Kitchen Table occurred over a conversation about how we might provide for a photographic exhibit that benefits a local wildlife organization. To inspire local awareness and education of these majestic animals, we plan to host a closing reception whereby these prints will be offered to benefit the Wolf Conservation Center in South Salem, NY. To learn more about this organization in South Salem, NY, and how to visit their wolves, please visit their Web site at www.nywolf.org. The Kitchen Table is located at 71 Westchester Avenue, Pound Ridge, New York.

The source for the information above was obtained from the Web sites of IUCN’s Red List (www.redlist.org) and from Defenders of Wildlife (www.defenders.org). 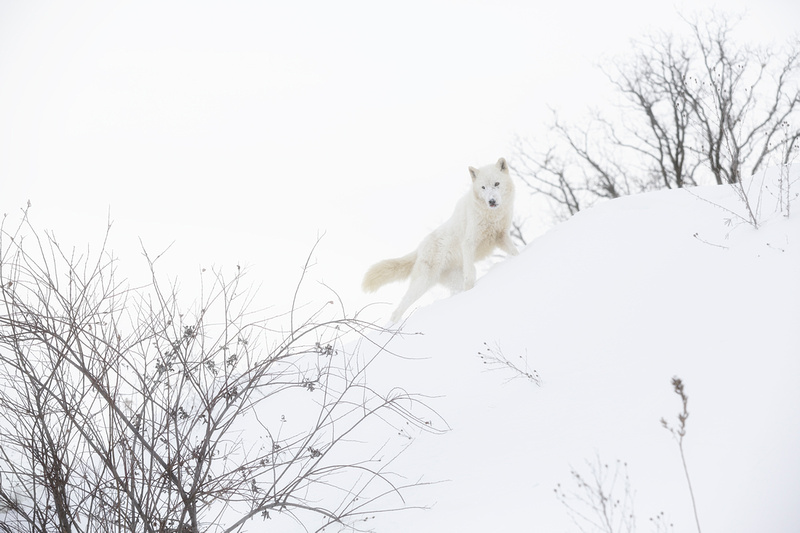 Arctic Wolf On The Prowl

Arctic Wolf on the Prowl