Opening tonight, the entire gallery of SohoPhoto Gallery is devoted to seven solo exhibitions plus a group exhibitions of the members' work devoted to the New York City Subway.  The opening reception is tonight, Tuesday, October 7th, from 6 to 8pm.  In the group exhibitions, two prints of my work return back to SohoPhoto Gallery for exhibition in the group show on the 2nd level.  They both feature the giraffes involved with the New York City Subway, which were earlier exhibited as part of a solo show titled, "New York City Wildlife."  The public is welcome. The gallery hours are Wednesday to Sunday, 1:00pm - 6:00pm and by appointment.  The gallery is located at 15 White Street between West Broadway and Church Street, and easily accessible by the A,C,E and 1 Subways.  More information is available on their Web site at http://www.sohophoto.com 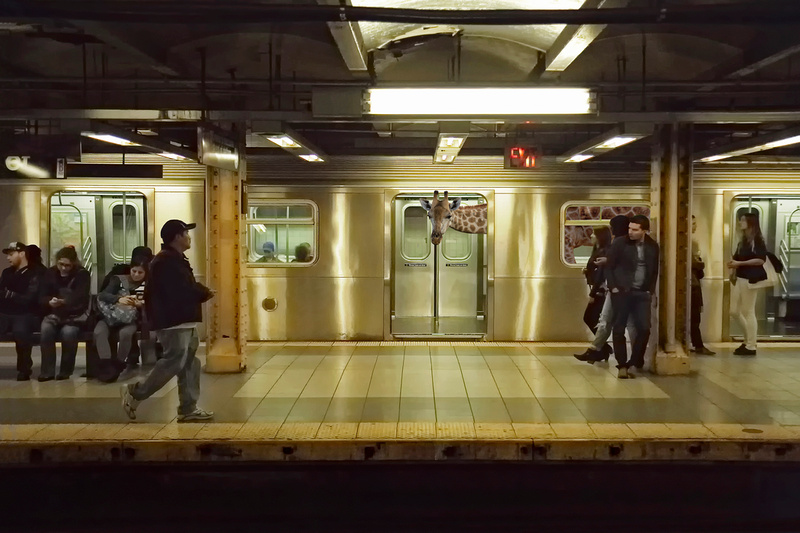