Today, I met with the Intrepid Museum's Executive Vice President, David Winters, to present to him this print of the entrance to the Intrepid Museum, which I captured on October 29, 2012 at 11:27pm.  This image was captured during the height of Hurricane Sandy, as its devastating surge brought the Hudson River completely over the West Side Highway, making its way towards 11th Avenue.  While much of the destruction televised was that of lower Manhattan, few scenes of midtown were depicted, yet the destruction was just as severe along the waterfront. A digital version of the image was also presented to Mr. Winters, who had earlier previewed this image and requested it for the Intrepid Museum's permanent archive.  The Intrepid Museum is New York City's Sea, Air & Space Museum Complex, housing the space shuttle, Enterprise, along with the aircraft carrier, Intrepid, as well as the World's fastest jets and the guided missile submarine, Growler.  The non-profit organization welcomes over one million visitors per year, whose mission is "to promote the awareness and understanding of history, science and service through its collections, exhibitions and programming in order to honor our heroes, educate the public and inspire youth." The Museum is located at 12th Avenue & 46th Street in Manhattan, and their Web site is www.intrepidmuseum.org. 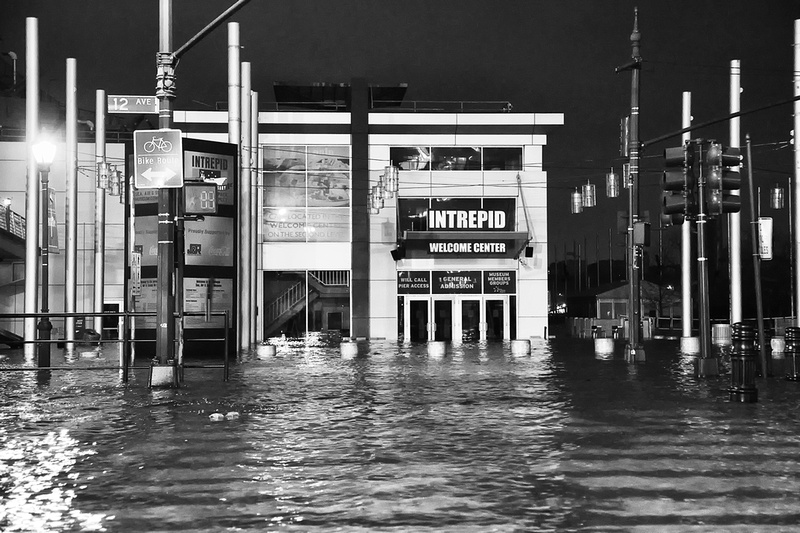