The image, Subway to South Georgia, was named the "Runner Up" in the Digital Manipulation Category (Professional Division) of the 7th Edition of the Pollux Awards, produced by the Gala Awards at Regency House, Westminster Place, York, United Kingdom.  The winning slot was a tie awarded to Alex Braverman and Gary Dates.  Sharing the "Runner Up" category was myself and Dale O'Dell.  Six Finalists were also named for this category.  The image depicts digitally composite multiple photographs, featuring penguins and New Yorkers with the New York Subway Station set in an Antarctic scene.  The jigsaw puzzle effect was digitally added to enhance the playfulness and bewilderment of the scene.  The Gallery of winning images from the Gala Awards are online and may be viewed by clicking here. 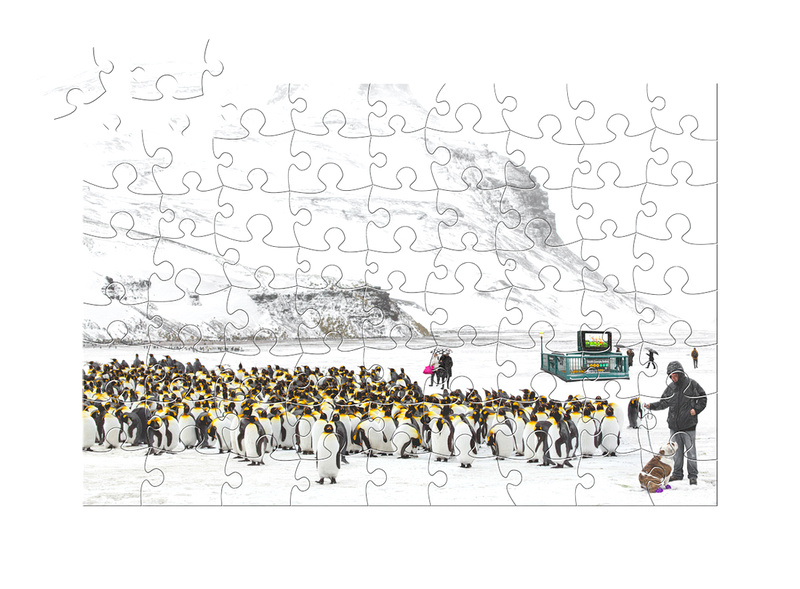 Subway To South Georgia, The Puzzle