The chimpanzee (Pan troglodytes) is listed as Endangered by the IUCN’s Red List. Their population is projected to decline by more than 50% between 1970 to 2030, primarily due to human activity; habitat destruction, exploitation, reduction in habitat quality, political instability and the transport of diseases, such as Ebola.  Deforestation and slash-and-burn agricultural practices have depleted about 80% of the forests in Western and Central Africa. And to the surprise of many, poaching continues with chimpanzees sold as bushmeat in urban markets in Cote d’Lvoire, and the illegal pet trade continues, which usually involves slaughtering the mothers and other members of the group to capture the babies. Chimps are also slaughtered for crop protection, and still captured for medicinal studies in certain countries.  Illegal logging not only destroys habitats, but creates roads for poachers to access them more easily.  And the increasing human encounter is increasing the chimps’ exposure to more diseases.  While protected by law in many countries, stricter enforcement of existing laws and effective management of protective areas is urgently needed. 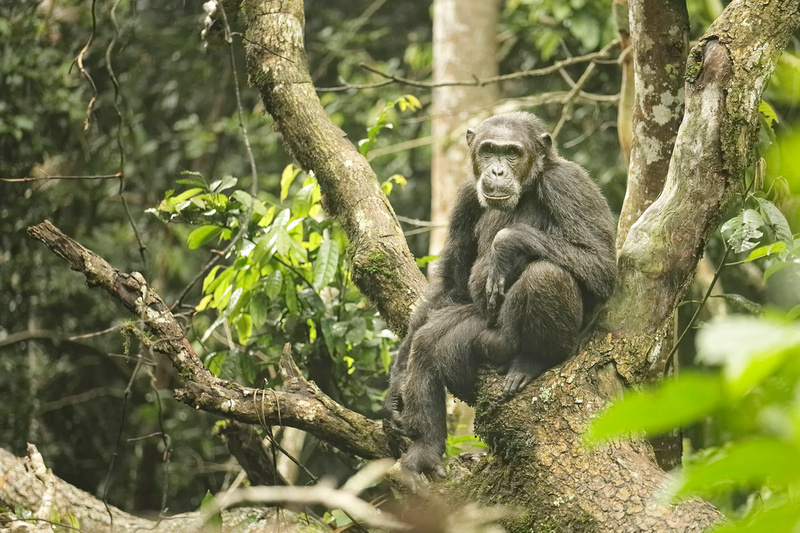